Theo Walcott came through the youth system at Southampton before making his debut for the club as a teenager. Also, he set the record for the youngest appearance maker for the Southampton reserve team. His first appearance for the reserve team was at the age of just 15 years and 175 days against Watford in September 2004. Before then, Walcott had starred for the Saints as they reached the FA Youth Cup final against Ipswich Town. 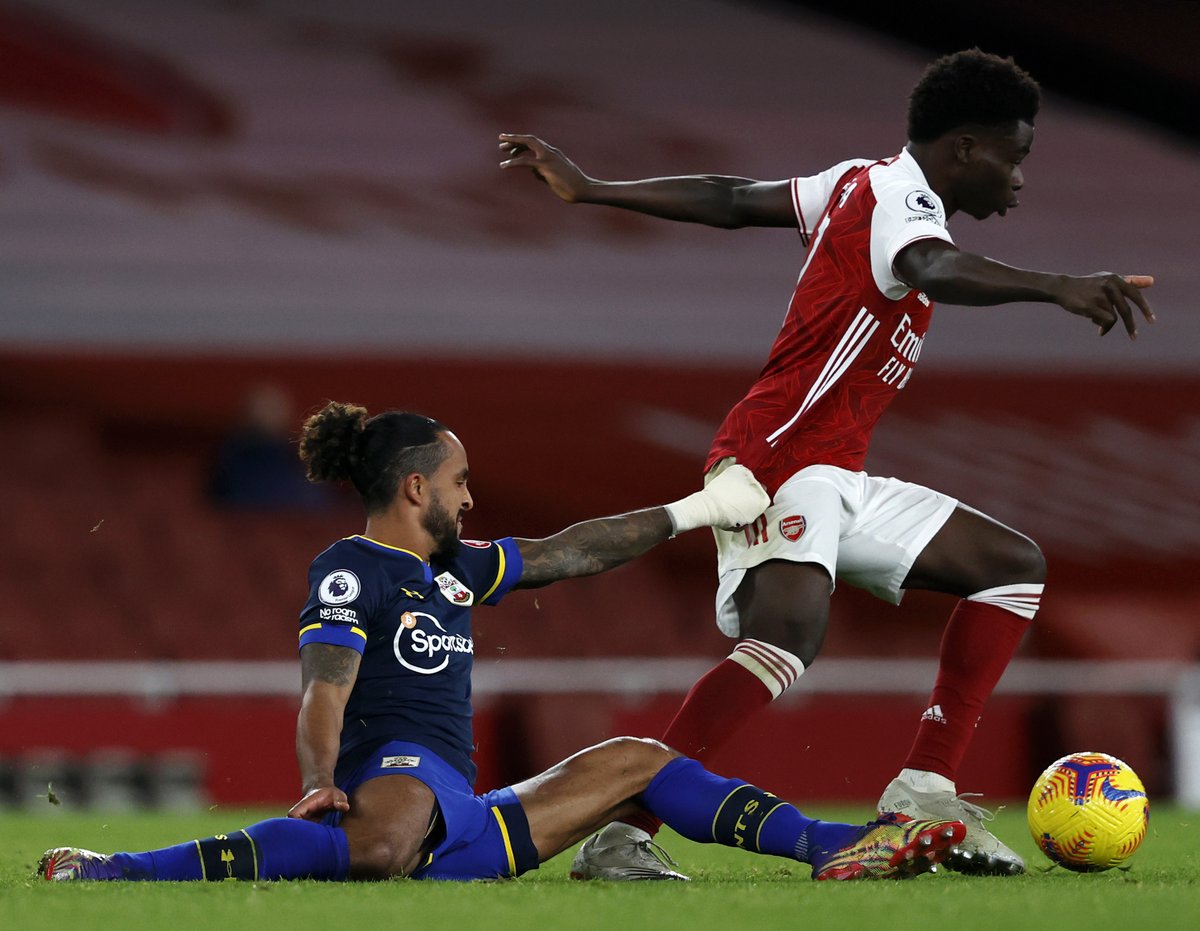 Walcott didn’t make a single appearance for the Saints first team as they suffered relegation from the Premier League at the end of the 2004/05 campaign. He was in the Southampton team for their pre-season tour ofScotland just two weeks after finishing school. Theo Walcott made his debut for the Saints first team during the goalless draw with Wolverhampton Wanderers at home at the age of 16 years and 243 days thus setting a new record for the youngest appearance maker in the history of the senior team. His first start was an away game against Leeds United and he celebrated the occasion with a goal in the 2-1 defeat for the Saints.

Arsenal snapped Theo Walcott up at the start of 2006 after impressing for the Saints first team. He was away from Southampton for 14 years before returning to the St. Mary’s Stadium last year. His second Saints spell started last year when he signed for them on loan from Everton for the whole of last season.

Walcott played the first game of his second Southampton spell at Chelsea and he helped to assist the late equaliser from Danish international YannikVestergaard as the two clubs settled for a 3-3 draw at Stamford Bridge in a Premier League encounter. Theo Walcott has been given a two-year contract to extend his second Saints spell beyond this summer after impressing while on loan at the club last season. He will become a Saints player immediately after the end of his Everton deal this month.