Southampton winger Theo Walcott made a scoring return to the Emirates Stadium after he found the back of the net with the opening goal of the game between Arsenal and the Saints. The England international has been able to resurrect his ailing career at Southampton following his loan move from Everton in the summer. Theo Walcott left the Toffees for his former team on a temporary move after he became surplus to requirements at Goodison Park. 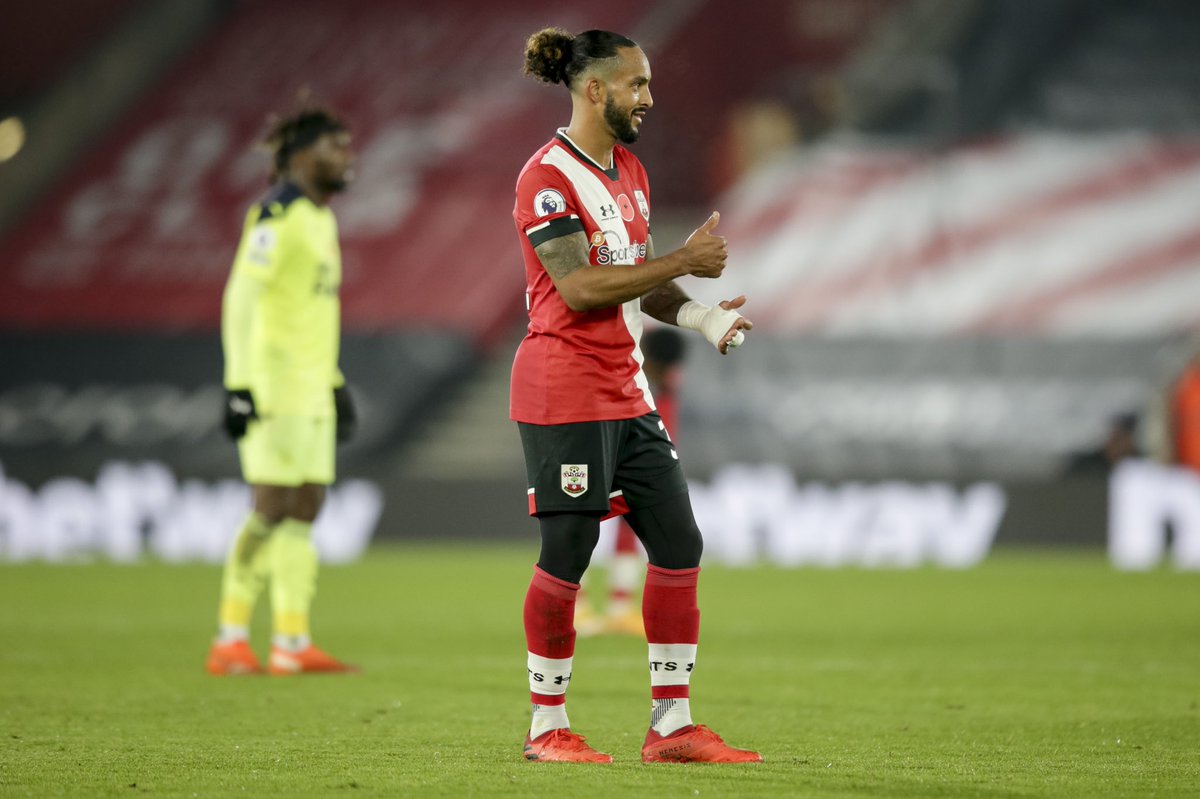 Theo Walcott his first goal for boyhood team Southampton in the Premier League during the recent draw with hosts Wolves. He scored the only goal for the Saints as the two teams shared two goals. He struck his second goal for Southampton in the Premier League by opening the Saints’ account at Arsenal. Theo Walcott raced on to a pass from Southampton striker Che Adams and clear of the static Arsenal defence before dinking the ball over the onrushing Bernd Leno in goal for the Gunners. The hosts trailed to the goal from Walcott on 18 minutes and that was how the first half ended.

The Arsenal players were in need of a lift as at the half-time interval and that lift came in the form of the team talk from manager Mikel Arteta during the break. Arsenal were second best to Southampton but that changed at the start of the second half as the Gunners improved massively. Arsenal were rewarded for their endeavours at the start of the second half when Pierre-Emerick

Aubameyang broke his five-game goal drought to hand Arsenal the equalizer after young Gunners Eddie Nketiah and Bukayo Saka did some good work in the lead up to the goal. The Gunners were in the ascendancy and looking like they could go on and get the winner until defender Gabriel Magalhaes was sent off for two yellow cards in four minutes. Arsenal thereafter had to settle for a point with ten men for the remainder of the game.

Theo Walcott spent 12 years at Arsenal before his move to Everton two years ago. He won three FA Cup titles during his time as an Arsenal player.